The mental health needs of the Sri Lanka community continued to increase during the last three decades and it is unfortunate that the mental health services did not respond to these developments. Community mental health education, rehabilitation of people with prolonged mental illnesses, coping with trauma and stress related problems, dealing with variety and life problems and understanding and helping mental health problems of physically ill were seen as emerging mental health issues.

Facilities for mentally ill existed only in the government hospitals, and there were no supportive institutions engaged in the care of mentally ill. As far back as 1977, a young doctor, dedicated to the cause of mental health development, Dr. Nalaka Mendis, felt the need for setting up an institution to fill this vacuum. His efforts to organize a committed community interest group for this purpose became a reality in 1982 when about sixty people from different walks of life assembled at the Sri Lanka Foundation Institute in Colombo to establish non-governmental organization â€“ The National Council for Mental Health.

The main objective of the organization was to initiate activities and develop programmes to improve the mental health in Sri Lanka. The late Dr.Ananda Tissa de Alwis gave a great deal of encouragement at the time the Association was established.. The late Mr.Arthur Ameratunga was elected as the first President of the Association.. Mrs.Eileen Sirivardhana , Vice President, named the Association as â€˜NCMHâ€™ to symbolize the core value of all its activities. The National Council with the cooperation of the community has provided the necessary administrative and organizational structure, resources and inspiration to introduce , develop and deliver a variety of mental health services at â€˜NCMHâ€™.
The office barers of the first Management Committee comprised the following,

Professional activities were introduced soon after the establishment of the organization in 1982 and most of its efforts were initially focused on raising the awareness of the community about mental health issues. Apart from having a number of public meetings to raise the awareness of the community on mental health issues, newspaper articles and a news letter were published.

Providing a rehabilitation programme to help people with long term mental illness was the next priority and to facilitate this a community centre was established at Rosmead Place in 1983. This centre initially attracted seven people with long - term mental disorders and they were managed by staff consisting of an occupational therapist and a handful of volunteers. The objective of this programme was to facilitate the development of skills needed to lead an independent life. The activities of the centre gradually expanded and in 1984 it was shifted to a larger premises at Ananda Cumaraswamy Mawatha, then to Green Path, Colombo 07. Around this time counseling and consultation services were introduced to help people who presented themselves at the centre with mental health problems.

In 1985 the centre was shifted temporarily to Kitulwatte Road, Colombo 08 and by this time more than 30 volunteers with a handful of professionals were conducting the professional activities with enthusiasm. In 1987, largely due to the efforts of our patron Madam J,R.Jayewardene the Association was able to construct a building adjoining the golf links. The building was ceremonially opened by President J.R. Jayewardene. Dr.J.S.P.Abeywardena who succeeded the late Mr.Arthur Ameratunga continued to give inspiring leadership. The National Council for Mental Health - NCMH was incorporated by an Act of Parliament in 1986, also registered as a charitable organisation by the Ministry of Social Services and exempted from tax by the Ministry of Finance.

The new spacious premises provided NCMH an opportunity to expand the professional activities and this in turn led to the employment of additional staff. In 1990 with the assistance of the Norwegian Overseas Development Agency , â€˜NCMHâ€™ was able to secure an additional building and funds to expand its activities further. In 1995 an outreach pogramme was introduced with the object of reaching the people who have no access to facilities provided in Colombo.

All the professional activities have expanded over the years in response to the needs of people rather than on the basis of a pre-planned model. All those at NCMH have always acted as facilitators or promoters of mental health and their approaches have been pragmatic and evolving. Dr.J.B.Kelegama who has been the President until his demise on 9th August 2005 has done a magnificent job in conducting the affairs of the Council with the cooperation of the Management Committee.

Prof. Nalaka Mendis, the present President, the founder of the National Council for Mental Health, succeeded Dr.Kelegama. Prof. Mendis was responsible for steering the organization in the right direction and giving it the necessary leadership. He was instrumental in initiating the MOMH training programme of the Health Ministry in collaboration with NCMH and the World Bank. He vigorously campaigned for extending the psychosocial health programme to the periphery among the many other strategic initiatives towards the development of mental health and care of the mentally ill. It was his personal interest and commitment that made possible for the Council to establish a Mental Health and Psychosocial Development Centre at Gorakana, Panadura. 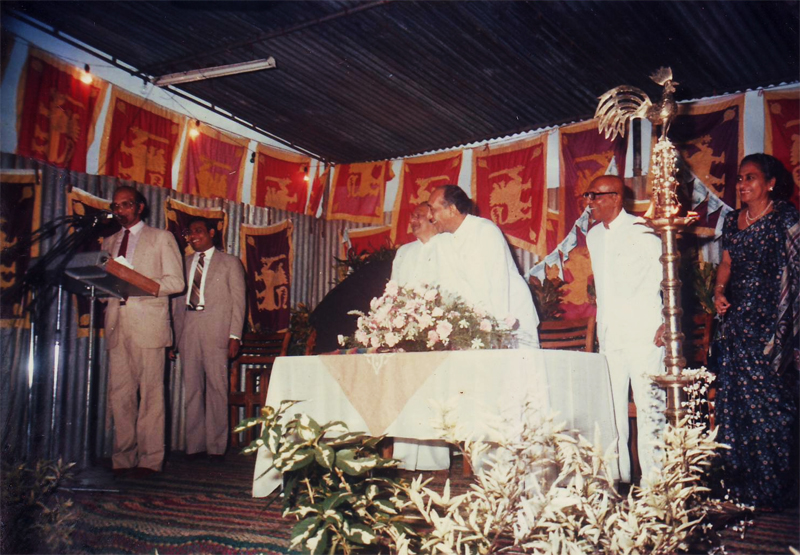 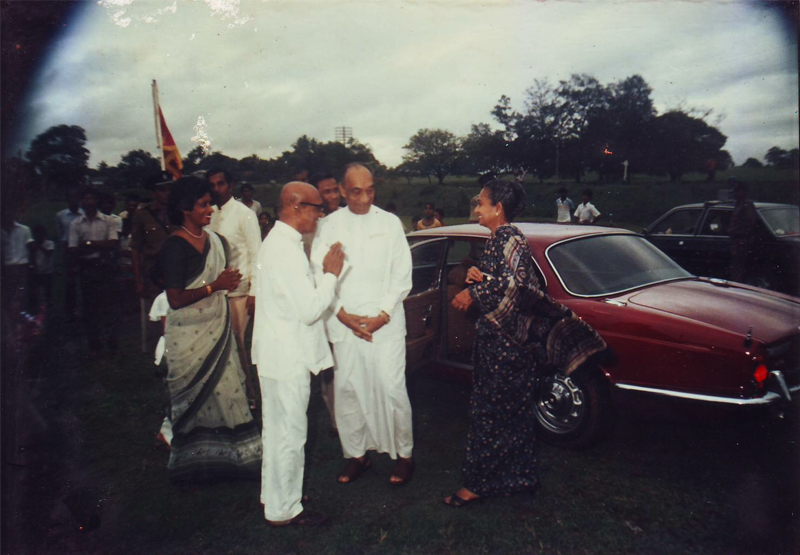 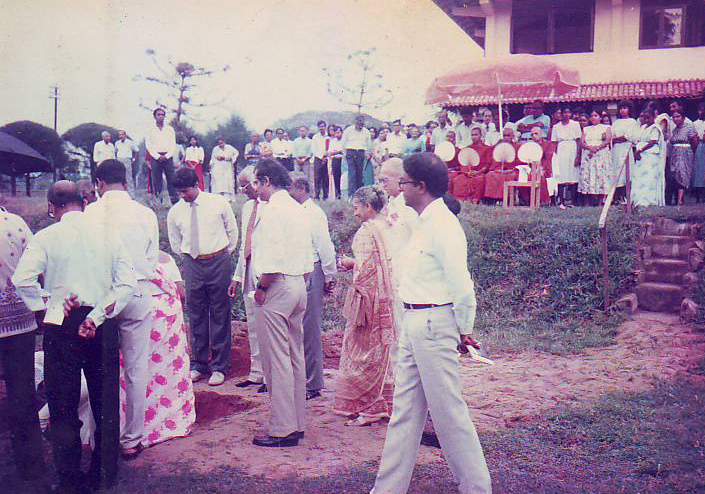 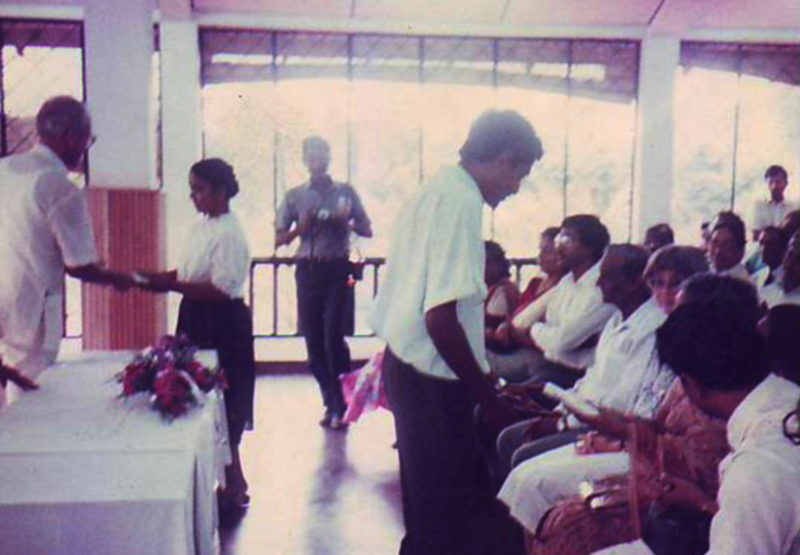 The Council successfully completed the construction of phase one: Mental Health and Psychosocial Care Centre, in July 2005 at a cost of Rs.50 million raised locally. The building was constructed on a land at a tranquil setting at Bolgoda, Gorakana, generously donated by Mr.Edwin Gunasena. The contributions for the project came from individuals, corporate sector, Presidents Fund and various other agencies. President Chandrika Bandaranaike Kumaratunga took a personal interest in the initiative and extended her support by hosting a function at the Presidents's House. She inspired the business leaders to support the project while making a substantial donation from the President's Fund. The function brought in a meaningful contribution from the corporate sector.

The Mental Health and Psychosocial Centre was conceptualized to meet the training needs of personnel working with those suffering from psychosocial distress and mental disabilities. The centre was inaugurated with the conduct of a special session of the World Association for Psychosocial Rehabilitation held in May 2005.

Establishment of the NCMH Institute of Mental Health (Pvt) Ltd

In early 2005 , the Management Committee identified the need for a group of professionals to oversee the management of the Mental Health and Psychosocial Care Centre. In response to this , the Management Committee decided to establish a non-profit company to develop and manage this asset. Accordingly, a company under the title of NCMH Institute of Mental Health (Pvt) Ltd., was established and incorporated on 15th June, 2005. The first Board of Directors of the company comprised Dr.Nihal Jinasena (Chairman), Prof. Nalaka Mendis, Mr.Nihal Fonseka, Mr.Priyantha Serasingha and Mr.Ranjith Fernando. The Chairman , Mr.Nihal Jinasena with the support of the Board has transformed the building into a functioning training centre within a short time and brought in a considerable amount resource and expertise to implement the project. Tremendous support, including substantial donations, received especially from Desamanya Ken Balendra towards this initiative is worthy of special mention.

The programmes at NCMH Institute of Mental Health focused on providing mental health training for different professional sectors, establishing an information centre and implementing the district psychosocial health development programme. Child and Family Resilience Project was aimed at generic health workers and other field personnel working in the Kalutara district. The programme commenced in September, 2005 in collaboration with the Israel Trauma Coalition , UJA Federation of New York, Ben Gurion University of the Negev, Israel, Israel Ministry of Health and the American Jewish Joint Distribution Committee. The project was supported by the Ministries of Health, Social Services and Education in Sri Lanka.

Consequent to a decision of the Board of Directors of the NCMH Institute of Mental Health and the Management Committee of the National Council for Mental Health, the NCMH Institute of Mental Health was dissolved on 3rd May, 2007 and instead a Mental Health Resource Centre was established on 28th June, 2007, to facilitate the individuals and their families to lead productive lives in the community by providing a range of services such as structured residential care and interventions to minimize psychological, behavioral, social, psychiatric and other undesirable attributes resulting from the illness and the disability. The main purpose was to provide a resource centre from where many people with mental disability could obtain humane treatment and care.

In 2008, a residential facility was established at the Resource Centre, Gorakana , to supplement the services provided by the centre. The programme aimed to provide specialized services such as skills development , assessment and follow-up, consultancy and training of care givers etc., for mentally ill.

Initially, District Resource Centre was established in Kalutara in order to facilitate the programme in the Kalutara district. Following the experience gained from Kalutara, plan was to extend the programme to south, east and possibly in the north.

Accordingly, with the funding support from the Asian Development bank a project was launched to develop psychosocial health care facilities in the identified project areas of Moneragala and Trincomalee districts. A similar project was launched in the Matara district, sponsored by Suntel.

Other Programmes undertaken by the Council in 2008

NCMH reached a major milestone in 2007 when it completed 25 years since its inception in 1982.

The National Council has now over 253 life members and five corporate members, and over the years it has accumulated assets amounting to approx. Rs.85 million. Thousands of people , including health care professionals, students from the medical faculties of Colombo, Kelaniya and Jayawardanepura, nursing students and mental health service providers have benefited from the educational, information and training programmes provided by NCMH. About 70 clients have registered themselves for the training skills development programme. An average of 15 to 20 people benefit from the counseling and consultation daily. A new one year Diploma Course in Practical Counselling and Mental has been introduced for the first time. Twenty five trainees attend the course conducted on every Saturday. The outreach programme focuses attention on providing services at home and conducting educational programmes outside Colombo.

All this was possible due to the support extended by a large number of volunteers and to very generous contributions by individuals, public and private sector and the community at large. NCMH does not receive any foreign funds.

Over the years NCMH has made great strides in providing treatment to those suffering from mental illness and raising awareness about mental health issues. NCMH will endeavour to be a consistent and forceful advocate of mentally ill and most importantly, focus on developing community-based services, partnerships with strategic groups and professionals and place mental health issues firmly on Sri Lankaâ€™s health agenda